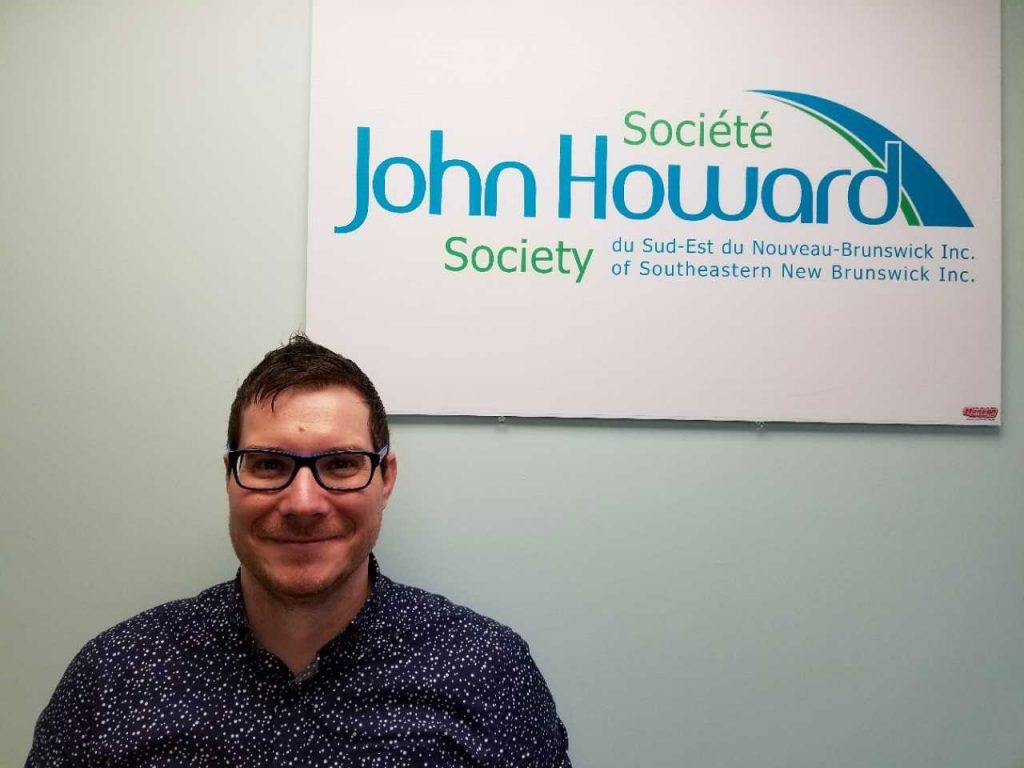 Richard Wilson is the Diversion Coordinator for the youth and adult Alternative Measures Program. He has been working at the John Howard Society for nearly two years, this being his first time working in the non-profit sector. Richard enjoys being able to work on the front line and seeing the impact his work has on the population he serves. Wilson states that with the help of the executive director of the John Howard Society, Joanne Murray, he believes our community can help to reduce crime by implementing more partnerships with other social agencies to better support the needs of our community.

The Alternative Measures Program is a pre and post-charge, restorative justice-based approach to dealing with crime. The Codiac RCMP will refer people who have committed first time, minor offences to this program if they demonstrate a willingness to accept responsibility for their actions. This program redirects participants from going through the court system, and instead sets them up with an intervention plan to assist in changing behaviors that lead to crime. Each intervention plan is completed on a case-by-case basis, allowing each participant to access individualized support in the areas relevant to them. This approach is collaborative as Wilson reaches out to multiple agencies to create different avenues of appropriate support for participants.

Wilson states that his program and the principles of restorative justice are closely aligned. This process provides an opportunity for victims to participate by sharing how the crime has affected them and their thoughts on what needs to be done to repair the harm. The goal of each is to restore relationships and fix the damages caused by crime, which in turn can help reduce recidivism. Wilson states that his program is slightly different from a true restorative justice approach because there is no tri-factor partnership between the victim, offender and community. Wilson states that this is one area he believes his program could improve, stating that he “feels we could have a better understanding of a person’s reasoning for committing an offense, and thus prevent future crime if we could include the victim more in the Diversion Program.” He adds that “if an offender were to be confronted by a victim with police and other community agencies present, there would be less room for the individual to receive proper support. This approach brings out more sharing and collaboration, something Wilson says is key in conflict resolution.

Wilson shared that the John Howard Society has been working in partnership with the RCMP to discuss potential ways to develop new programming techniques using the restorative justice approach that he feels will greatly benefit the community.

Wilson shared the story of one individual who he states “had been in a lot of trouble with the school system and committed an offense of considerable damage.” Wilson states that the individual, after coming through his program, “took part in assessments and was identified as having mental wellness concerns that had gone undetected by the school system and family.” Wilson recalls the individual expressing distress from not knowing what was going on with himself and having no direction or support. After meeting with this individual, Wilson was able to identify some of his passions and help him map out some future plans. Wilson adds, “it’s not just about getting them through the program and checking off a to-do list – it’s about looking at the bigger picture and getting the supports an individual needs in place. It’s not just about the crime; it’s about a balance between accountability and support for behavioral issues. Wilson adds that this individual did go back to school and is engaged in building towards a future he is passionate about.