On March 29th, at 7 pm, our third speaker in the Compassionate Justice Speakers Series program will be sharing about her work on Murdered and Missing Indigenous Women. Cathy Martin is a member of the Millbrook First Nation in Truro, Nova Scotia. She has contributed to the development of many programs to advance the education of Mi’kmaq and Aboriginal women and , youth at Dalhousie University, the Coady International Institute at St. Francis Xavier University. One of her students is Christina Dunfield, who is the Maritimes Regional Representative for the Mennonite Central Committee who are one of our agencies funding partners. Christina shares her journey with us in this blog entry. 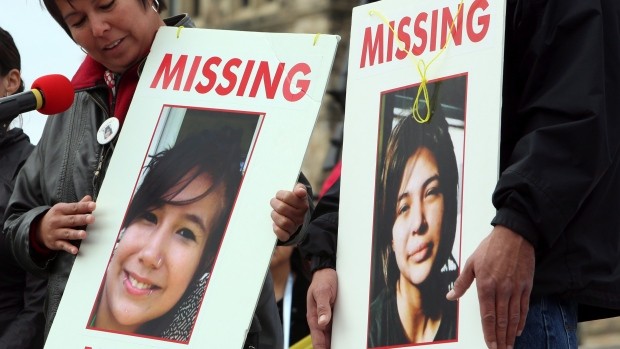 Please plan to join us on March 29th to learn more about this deeply complex, troubling, story of broken trust, prejudice, violence, and injustice…and of the glimmer of hope for justice going forward.

A strong line of Grandmothers were at the front of a room in Tatamagouche, NS. They spoke of women they knew who had been murdered, taken from their families and communities. Their honesty and emotion was deep as they named local women they have known and loved, and spoke of the prejudice that exists and allows these cases to remain unsolved. They shone a spotlight on the lack of trust that exists between Indigenous people and the police and government who have taken the responsibility to protect them and create a safe community for all in the country of Canada.

Elders, students, police, politicians, family and community members gathered at a Sisters in Spirit vigil in Moncton, NB. Elders drummed and sang and we all prayed for missing and murdered Indigenous women and their families across Canada. We reflected on their lives and remembered these victims of violence and injustice.

Over the last six years, I have been privileged to begin walking down a path of knowledge and reconciliation, beginning to recognize the subtle and vast ways that the poisonous legacy of colonialism is still causing harm across this land today. In experiencing the Blanket Exercise (http://kairosblanketexercise.org/), an exercise that walks participants through the history of the broken relationship between Indigenous peoples and the Europeans who came to this land, I have learned of legislation that encouraged and rewarded violence against the people who were here when settlers arrived. At Peace and Friendship Gatherings, four-day Indigenous-led Ceremonies that bring together Indigenous and non-Indigenous people from across the Maritimes to work on living out our Treaty relationships of peace and friendship, I have heard stories of how that violence continues today, how legislation and misconceptions continue to block Indigenous peoples’ access to justice.

I am encouraged by our federal government’s commitment to a national inquiry into missing and murdered Indigenous women, and by their consulting with families every step of the way. Some are also calling for an inquiry into missing and murdered Indigenous men, and we will need to look at the root causes of why Indigenous people are at higher risk of violence than non-Indigenous people in this country. Since the first Europeans arrived on Turtle Island (North America), Indigenous lives and livelihoods have been valued less than Western ones. It is time to acknowledge the injustice of the past and make changes to ensure that all of us can live together in the spirit of the peace and friendship Treaties that our ancestors committed us to.

Christina Dunfield, the Maritimes Regional Representative for the Mennonite Central Committee (one of John Howard’s funding partners), has collaborated with Cathy on reconciliation work over the past few years. Christina shares some of her journey with us in this blog entry.

For more information about MCC’s work with Indigenous peoples, visit:

For more information about missing and murdered Indigenous women:

http://www.cbc.ca/missingandmurdered/ – The unsolved stories of Canada’s missing and murdered Indigenous women and girls